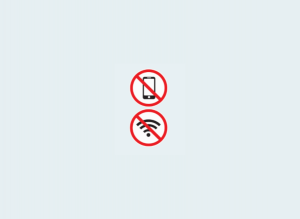 At the invitation of the Cégep du Vieux Montréal and as part of the 9th edition of their Semaine de la citoyenneté (Citizenship Week), I proposed a collective (non)action with students from the Cégep. Within their theme of “Technological Mutations: Between Ecstasy and Terror,” the school appointed a designated internet- & screen-free zone inside the student café, L’Exode, which they billed as a “Space of Resistance.”

Arriving upon the scene with the ubiquitous question: “Is it possible to create a space of Nothing, of rest and interval, smack dab in the middle of one’s day and one’s daily life?” – we found ourselves in the thick of a busy lunch hour; people getting sandwiches & coffee, eating and talking, and just milling about. And, with tremendous focus, we somehow managed to effectively carve out a legitimate moment of pause. A good 45 minutes together, in silence, some of us seriously spacing out, eyes open, others half-napping eyes closed… daydreaming, dozing, still. It was blissful.

In the conversation that followed, the participants themselves remarked on the quality of their presence and the fact that being in a group made it more possible to engage – and sustain – this continuous mode of idleness. The collective experience, it would seem, gave us a frame inside which we could enact our moment of quiet together; at once separate individuals, yet sharing a common objective. And, as separate from the bustle in the café around us, we were still very much part a part of the goings-on in this space. This demarcated area of collective rest (we actually were sitting on a slightly elevated stage) deepened a sense of self-awareness (individual & collective) and capacity for abandon… the possibility of just letting go… of responding internally to the waves and rhythms of the café and the shifting pulses of the room with our precise gesture of stillness.