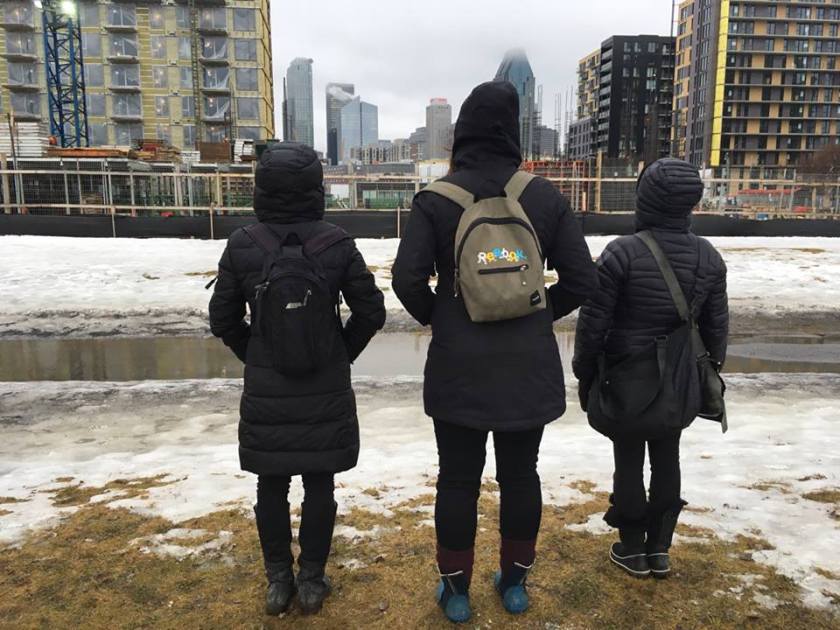 the skyline will reappear!
they’ll build bigger towers behind the condos.
still i may join the elegy.

***
This was my friend Jhave’s response after I sent out the invitation to come collectively mourn the disappearing skyline (see previous post). Which – ironically enough – ended up being quoted in Le Devoir, when I decided to share the anecdote with journalist Jérôme Delgado. Jh’s reflection (translated into French) was incorporated into a rather thoughtful piece exploring the parallels between the skyline ‘non-action’ and an installation in Quebec City created by an Italian collective on the benefits of slowing down.

You can read the article here:
http://www.ledevoir.com/culture/actualites-culturelles/492496/ne-rien-faire-a-l-affiche

But this, in turn, spurred a fun (and somewhat evocative) little correspondence between Jh & I, the contents of which I also wish to share here:

Jh: I cycled down to join your event today but I was a little late and then didn’t find you, so a bit cold and buffered by rain, I end up (o so ironically) going inside the canal.ca condo showroom where they are selling phase 4 of skyline eroding development homes. Looks pretty pretty nice actually, a bit expensive, but genuinely comfortable. 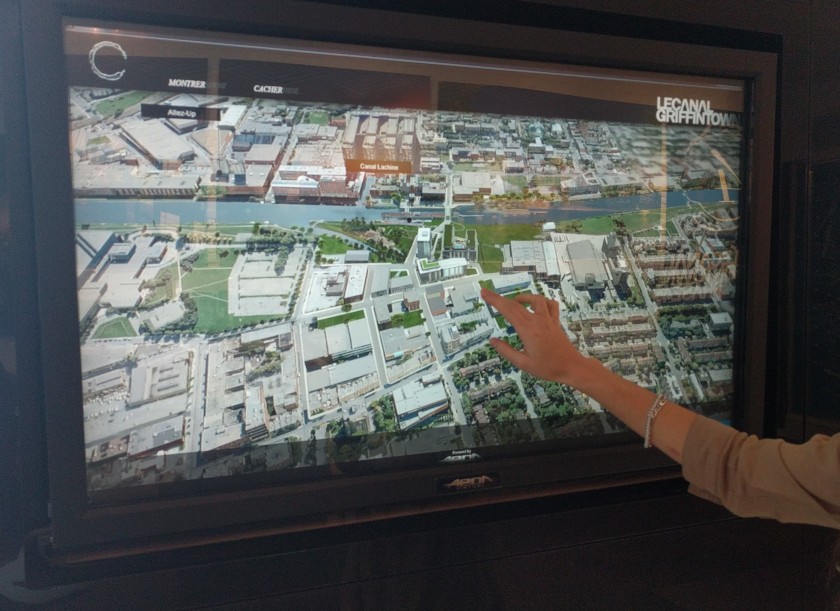 V: Oh no!!! I’m sorry we missed you and you missed us. But that is a very interesting find and thank you for this little piece of future-looking documentation.

The line from your previous email ended up making it into the article that came out in the Le Devoir this past Friday (I mentioned it in passing anecdotally to the journalist who saw fit to quote you. lol!!!)

And I didn’t know whether what I wrote (in my previous email) was almost dismissive or defensive or concerned or apathetic or wise or simply casual … But it made me laugh to realize it made it into le Devoir: S had told me about that article, and I’d told her I was going to the performance. What I didn’t anticipate was the bike paths covered in ice and snow along the canal. That paused me in my capacity to find you because I was wearing running shoes… As it turned out I felt as if was part of the vigil, albeit in a different context.

The paths are pretty treacherous this time of year, for sure. I am impressed that you braved the trip down by bike!!

And interestingly, it’s not the first time that someone (or small group) has come looking for me/us and not found me/us and then had their own ‘nothing’ experience nonetheless. Which is to say, the person in question, like you telling me here now, had an awareness of having been part of something (a consciousness of their participation) even if it wasn’t in direct contact with me.

Which, to my mind, is just as valid (and exciting.)

I agree about the parallel events as part of the experience. That’s why I respect your work.

So, clearly, the complexity of ‘gentrification’ – well beyond the scope of the Nothing project – could not not be addressed, even if in a cursory way. That the title of the whole project (Sanctimonious Sect…) takes on another kind of resonance this time around, as the city decides that Nothing is indeed sacred. The view of the (current) skyline included. However, it goes even further… these changes are afoot but what I have done to try to stop them? Nothing. Instead I (we) stop at the site of construction, and do nothing. Which is to say, not do anything about these developments that seem to be hurtling forward and coming right at us. One brick at a time.

I (we) do nothing as an act of mourning & contemplation.

And I do nothing about this ‘problem.’ (Maybe I, too, am part of the problem?)

“Doing Nothing” continues to boggle my mind.